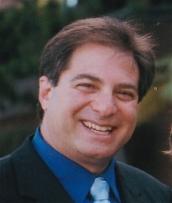 Greg S. Bernstein is an entertainment lawyer specializing in the area of the finance and distribution of indie films. Each year Mr. Bernstein provides legal or producer representative services on dozens of indie films.  Through his many years of experience in the industry he has developed particular insights into the nature of the indie film business.  For over 15 years, Mr. Bernstein made his insights available to students thru a UCLA Extension course he taught called “From Packaging to Delivery.”   His entertainment industry clients include major motion picture producers, distributors and sales agents, independent film producers and production companies, banks and financiers.  Mr. Bernstein is a frequent lecturer (UCLA, various film commissions and others), panel moderator (Hollywood Film Festival, Century City Chamber of Commerce Entertainment Industry Symposium, IFP,  and others) and author (Variety, Business of Film and other publications), all dealing with the finance and distribution of  indie films